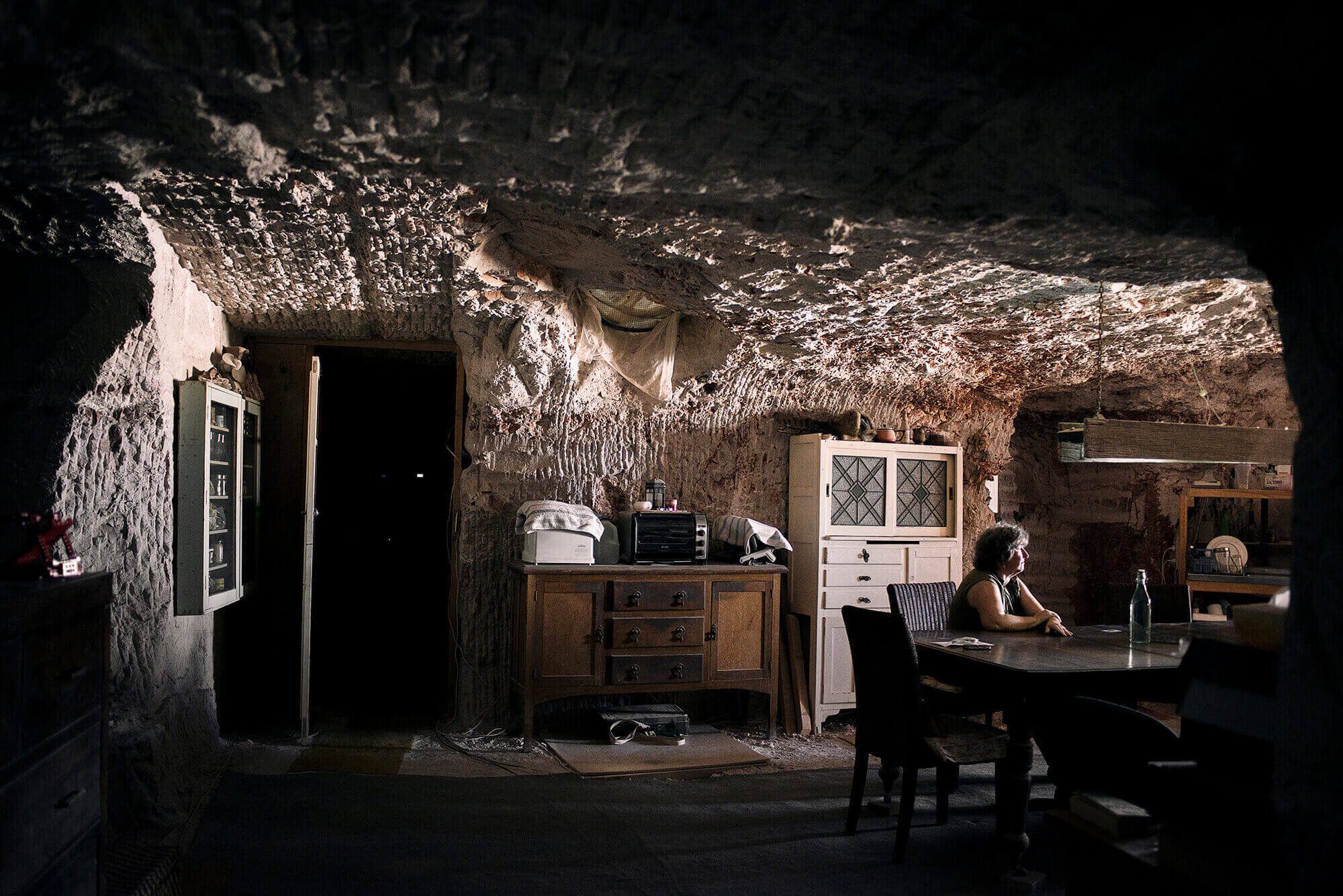 Gabriele Gouellain, a German immigrant, waits in the kitchen for her husband to return from a day at the mine. According to the Coober Pedy District Council, about 60 percent of the town's residents are originally from Europe, having migrated to the area after World War II.

It’s a hot day in the desolate Simpson Desert. A man walks through the tunnels of his underground house with a flashlight in his hand. He lives eighty feet under the red soil, where he has spent more than twenty years, digging for opal. Once an old mine, he has transformed it into a roof over his head; a home that brings promises of opal in the earth behind its walls. “I’ve got my own bank, if I want to get a shovel out,” says Martin Faggetter, an English miner.


The town of Coober Pedy takes its name from the aboriginal term Kupa-Piti, which translates to “white man hole.” The town is located in an isolated corner of the southern Australian outback, a full 530 miles away from the nearest city.  This is an unconventional town, where most of its social and personal life takes place under the vast and lonely land itself. Today, the people of Coober Pedy live out their days underground, as they dig in search of  the opal deposits found there.


Since 1915, the people of Coober Pedy have mined for opal, a valuable gemstone worth millions of dollars. With more than seventy opal fields, Coober Pedy is the largest opal mining area in the world. Among a population of 1,695 inhabitants, Coober Pedy residents represent a collection of immigrants from 45 different countries, ex-prisoners, and World War II veterans who have decided to escape their past lives and take refuge in their underground homes, which they call dugouts.


Each year, mining opportunities in Coober Pedy are fading away. There are fewer miners working in the fields today. The inherent dangers and unstable incomes that come with the job have produced a younger generation that does not want to commit to the mining lifestyle. 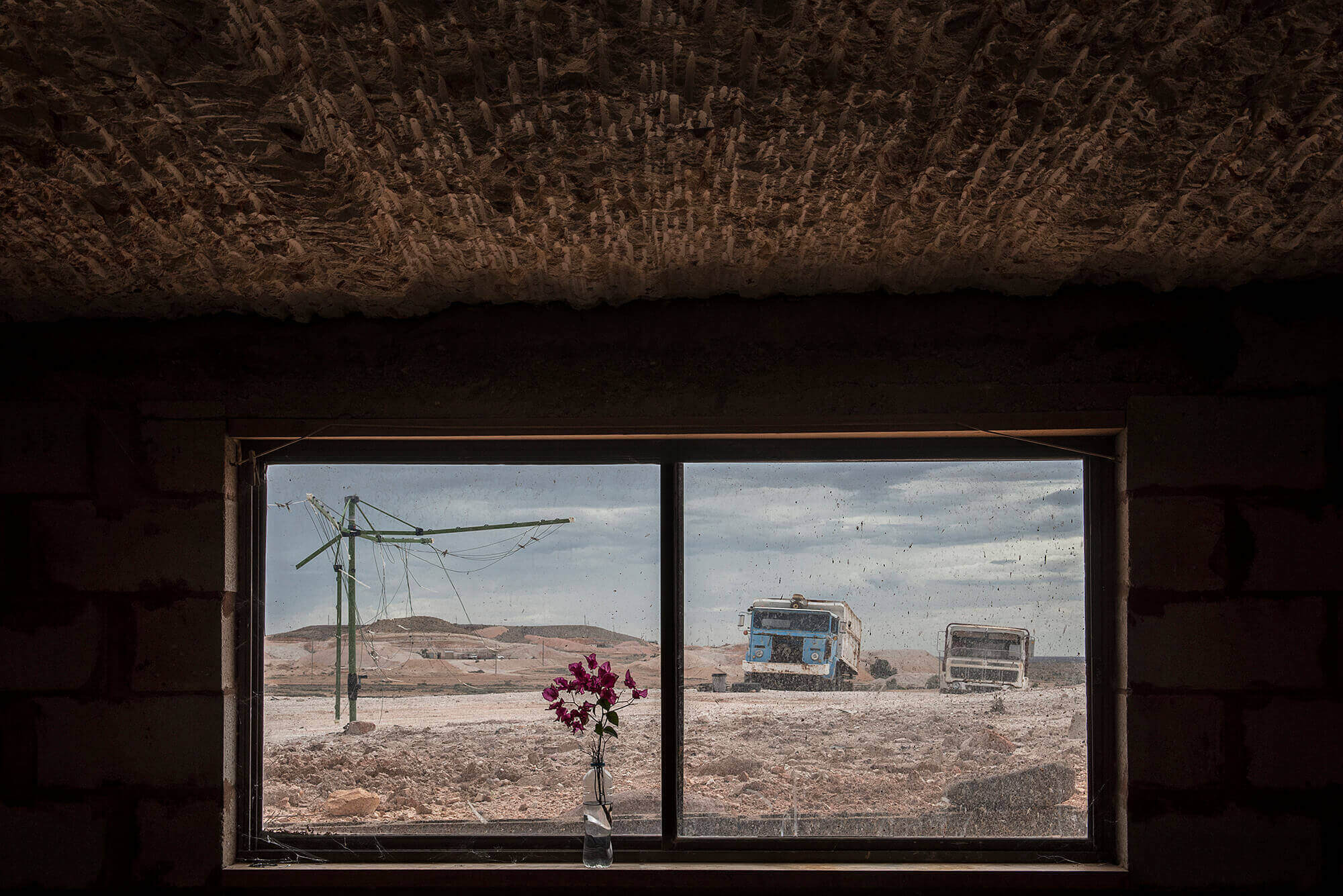 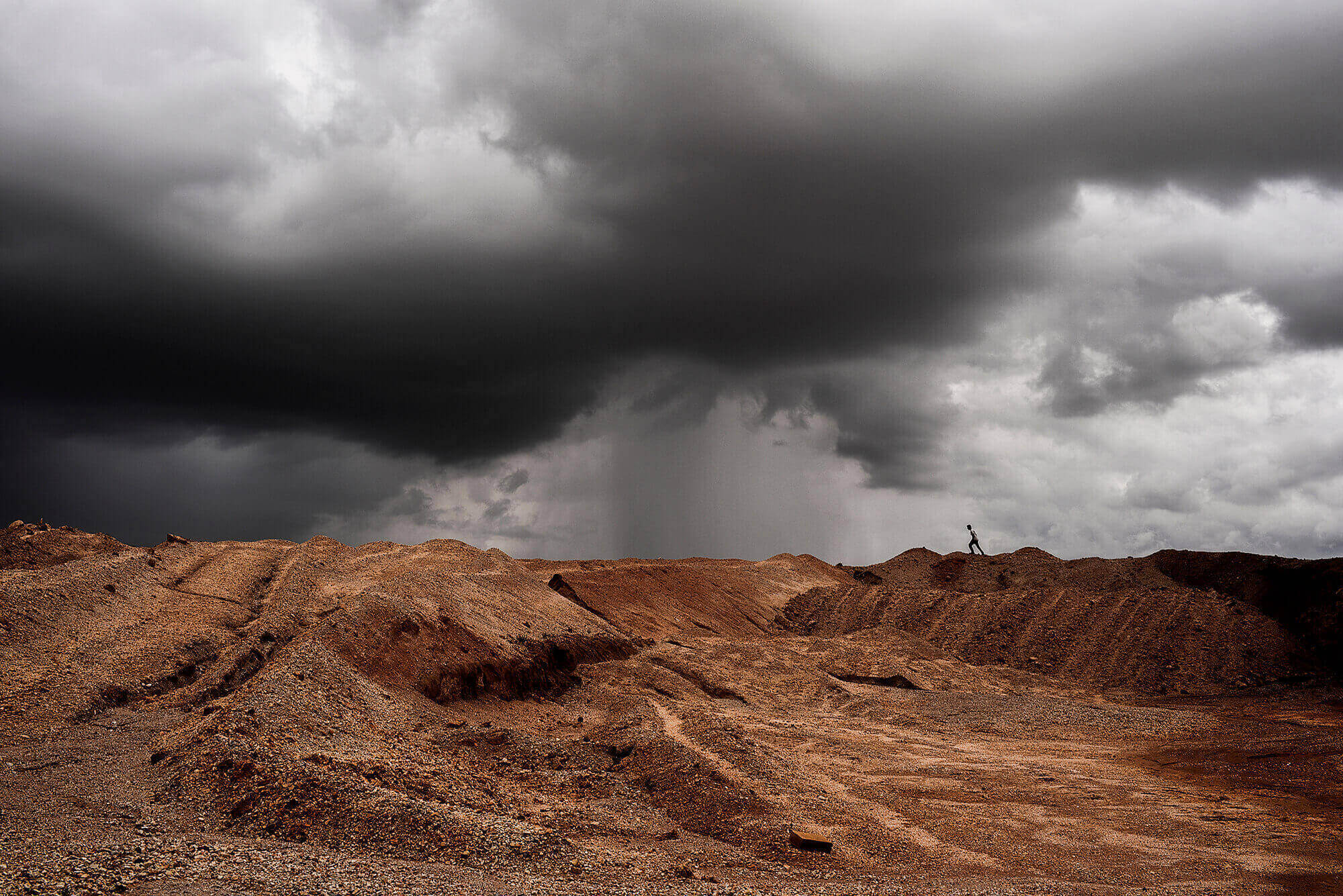 An unexpected storm hit Coober Pedy in early 2016, dumping half the amount of rain the town receives each year in just two days. Miners were forced to wait until the ground dried before returning to work. 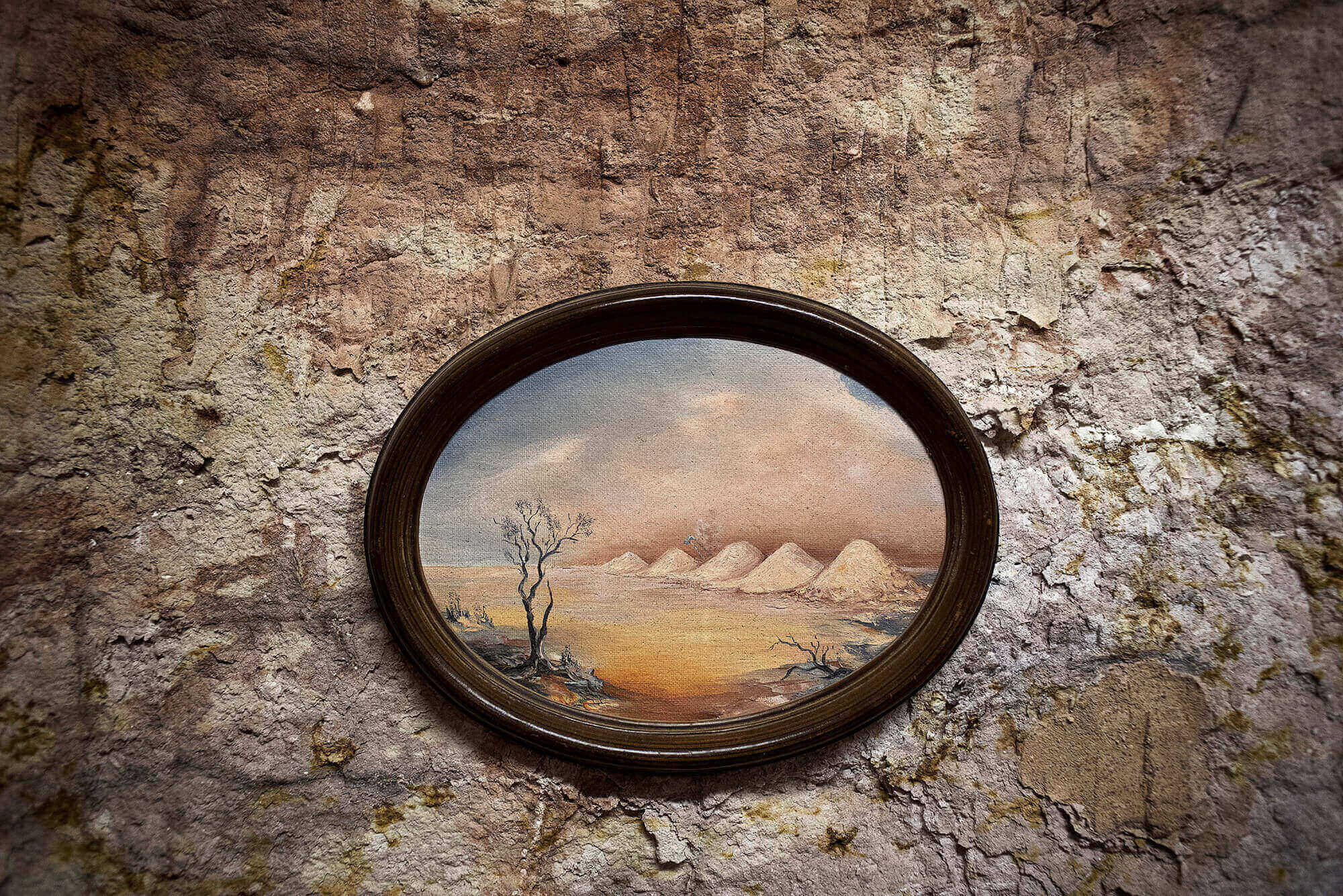 An oil painting showing piles of dirt made by a tunneling machine hangs on the wall of an underground house in Coober Pedy. 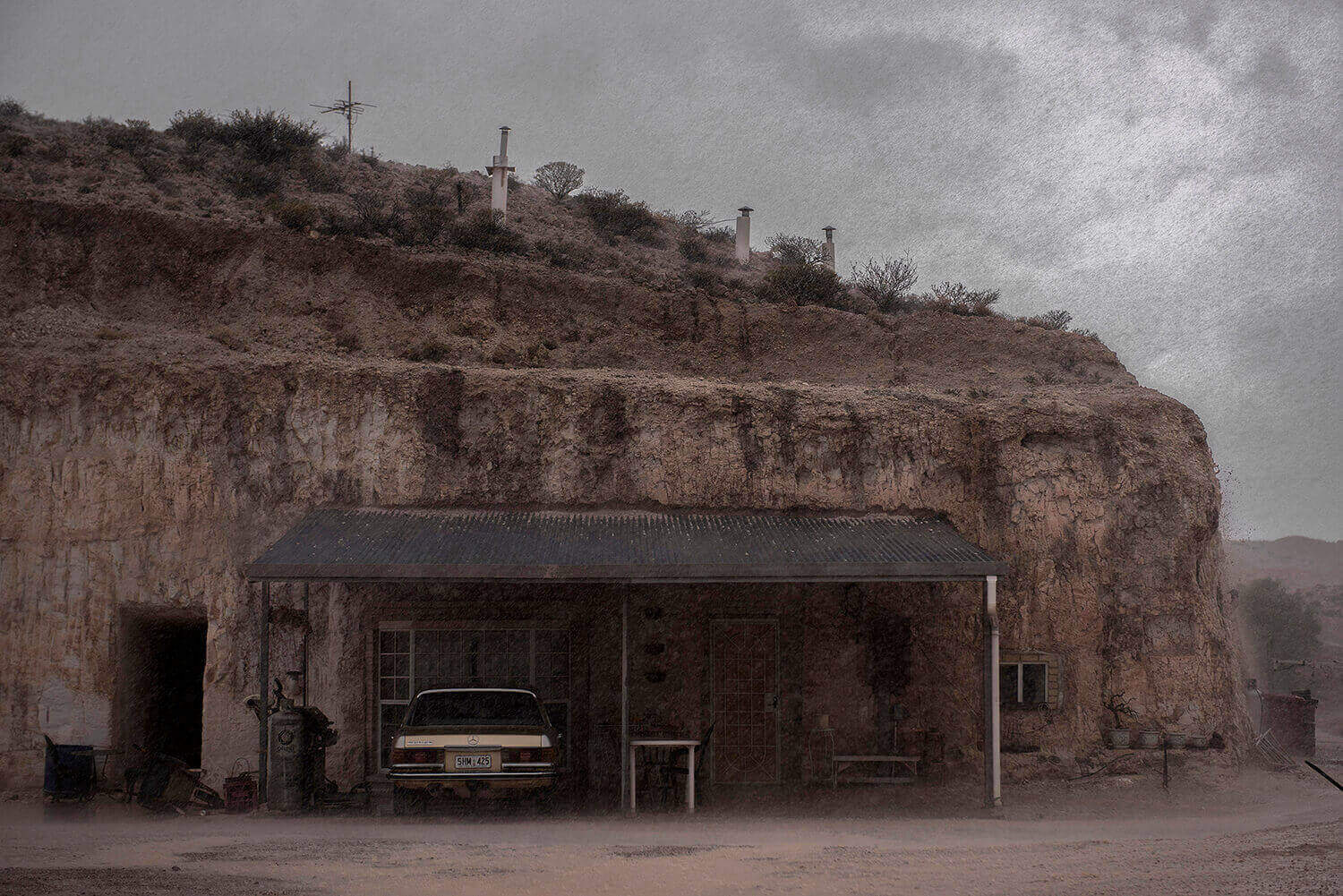 Facade of a dugout. Residents of Coober Pedy have lived in this underground cave house for the last 100 years. 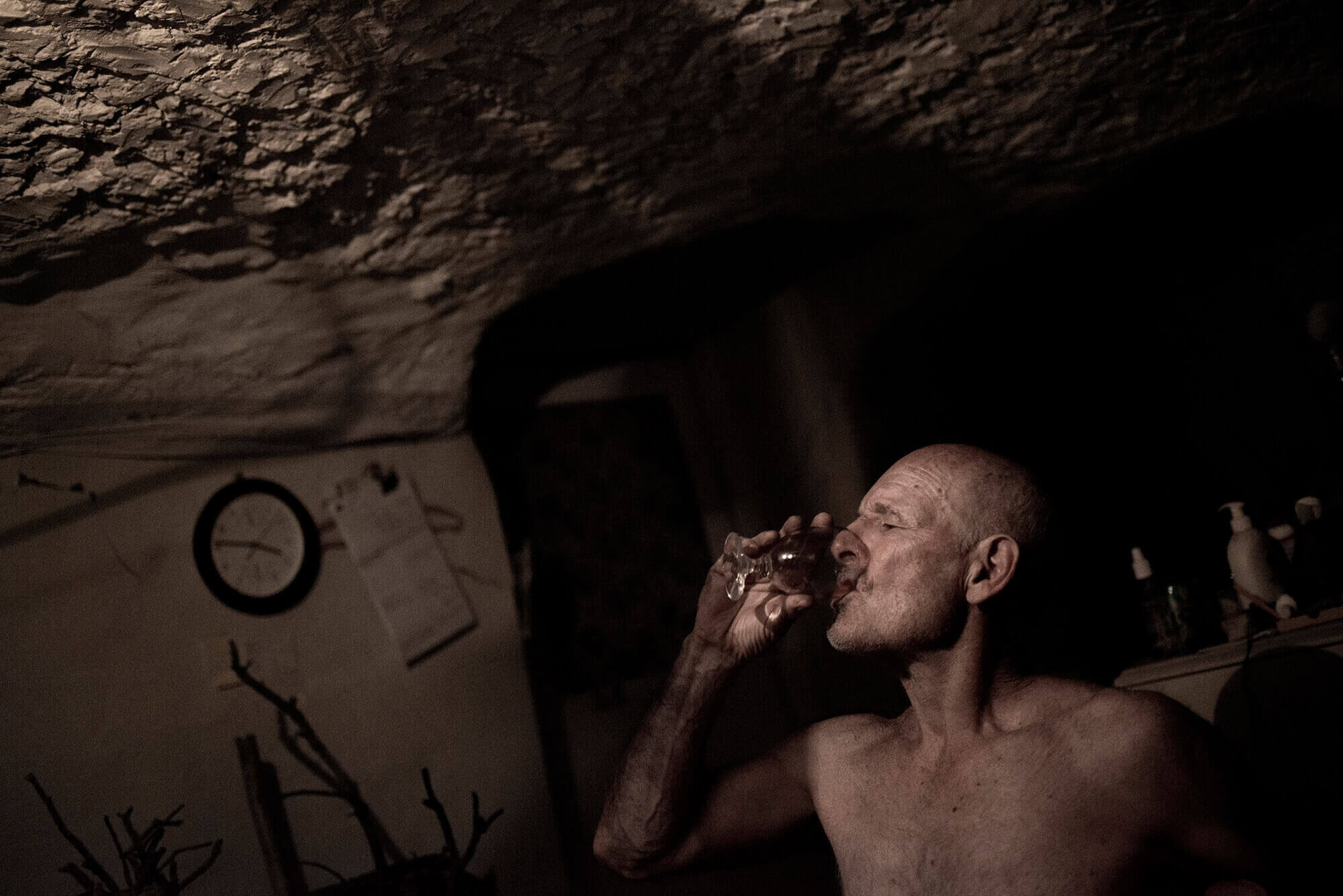 Joe Rossetto, an Italian immigrant, lives underground. He operates a subterranean museum that holds his private collection of stones, fossils, opal, and antiques found in the desert around Coober Pedy. 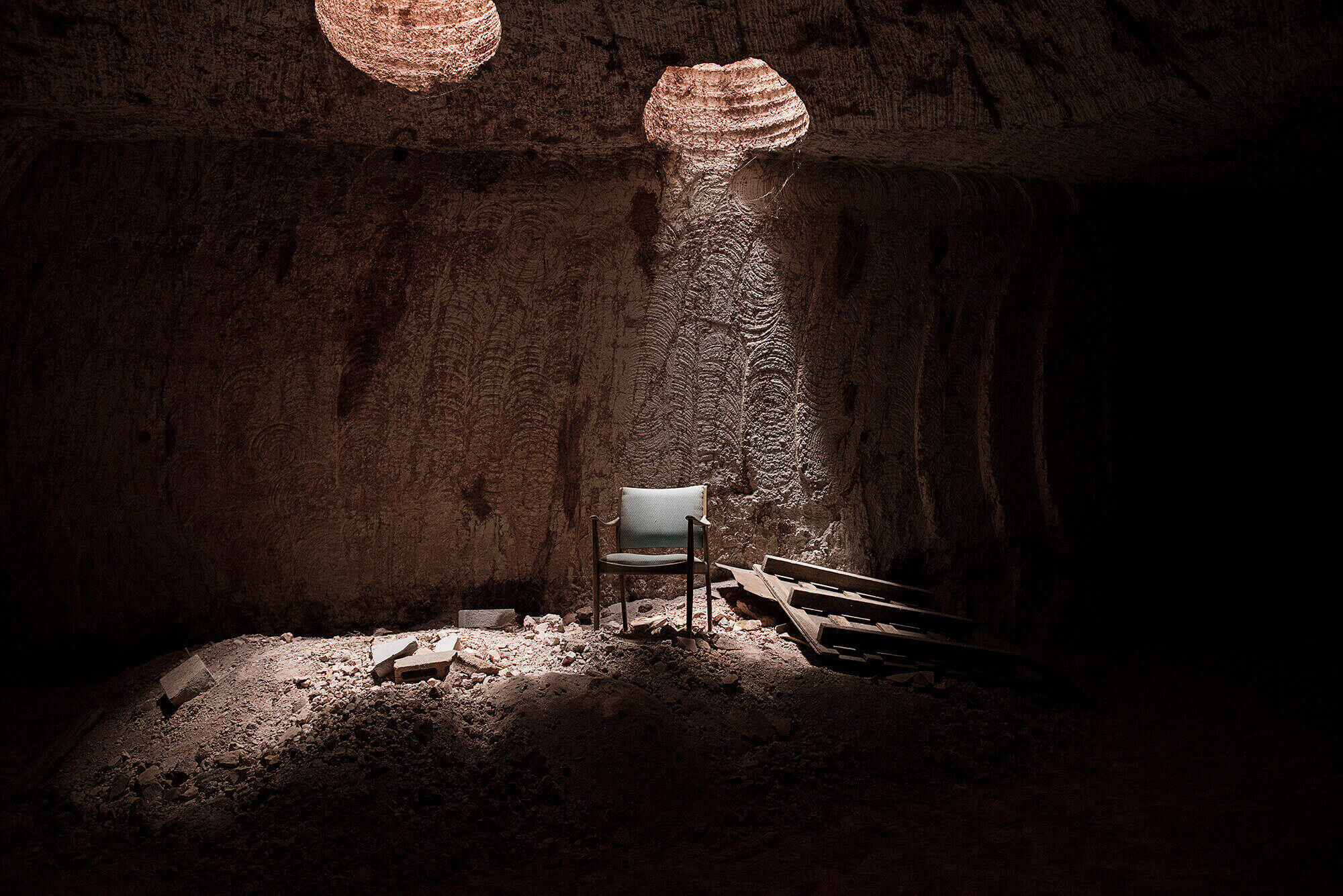 Italian immigrant Tony Tramaglino dreams of carving a luxurious house out of this underground space. 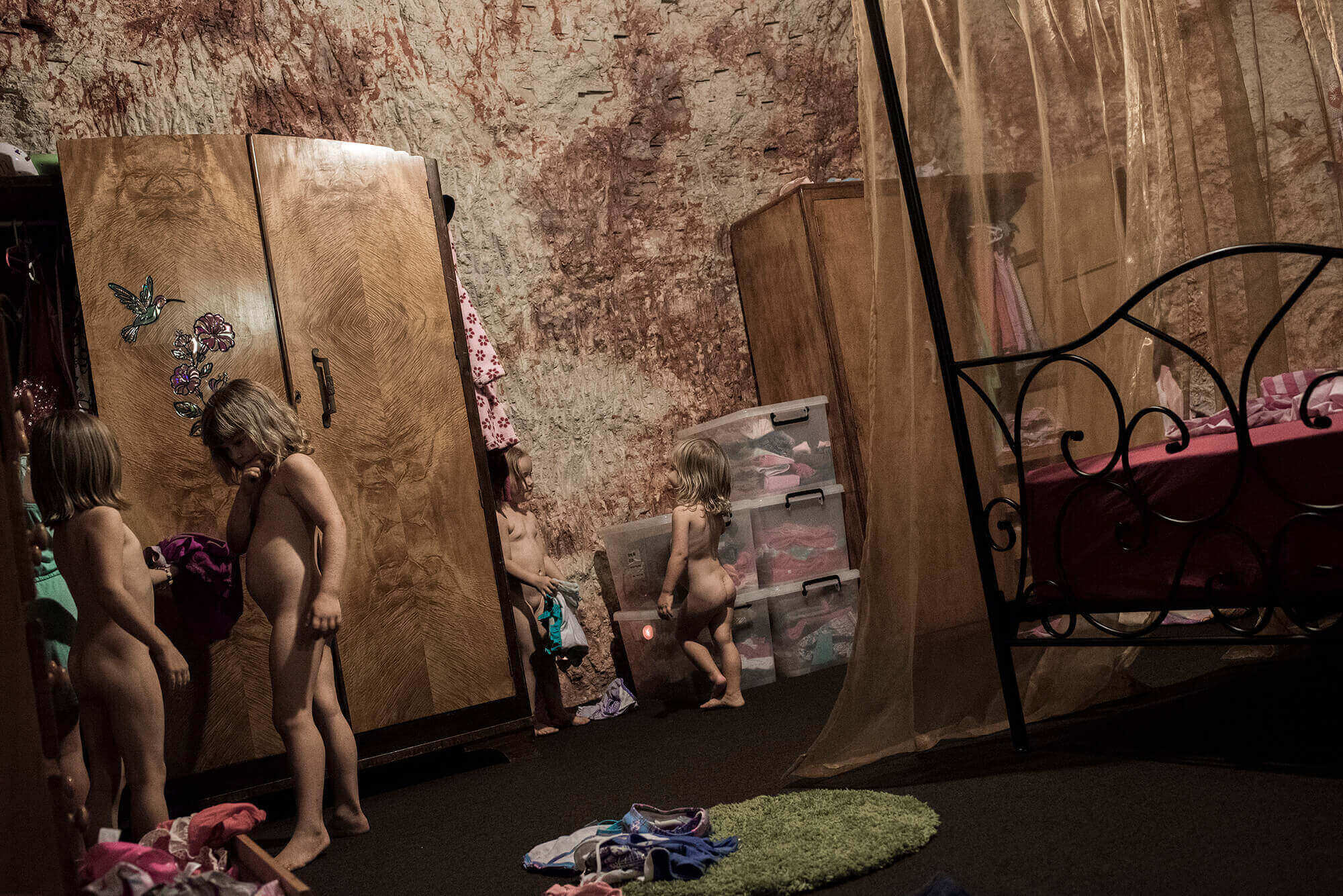 Girls dress up in their underground dugout. Residents of Coober Pedy have lived in this underground cave house for the last 100 years. 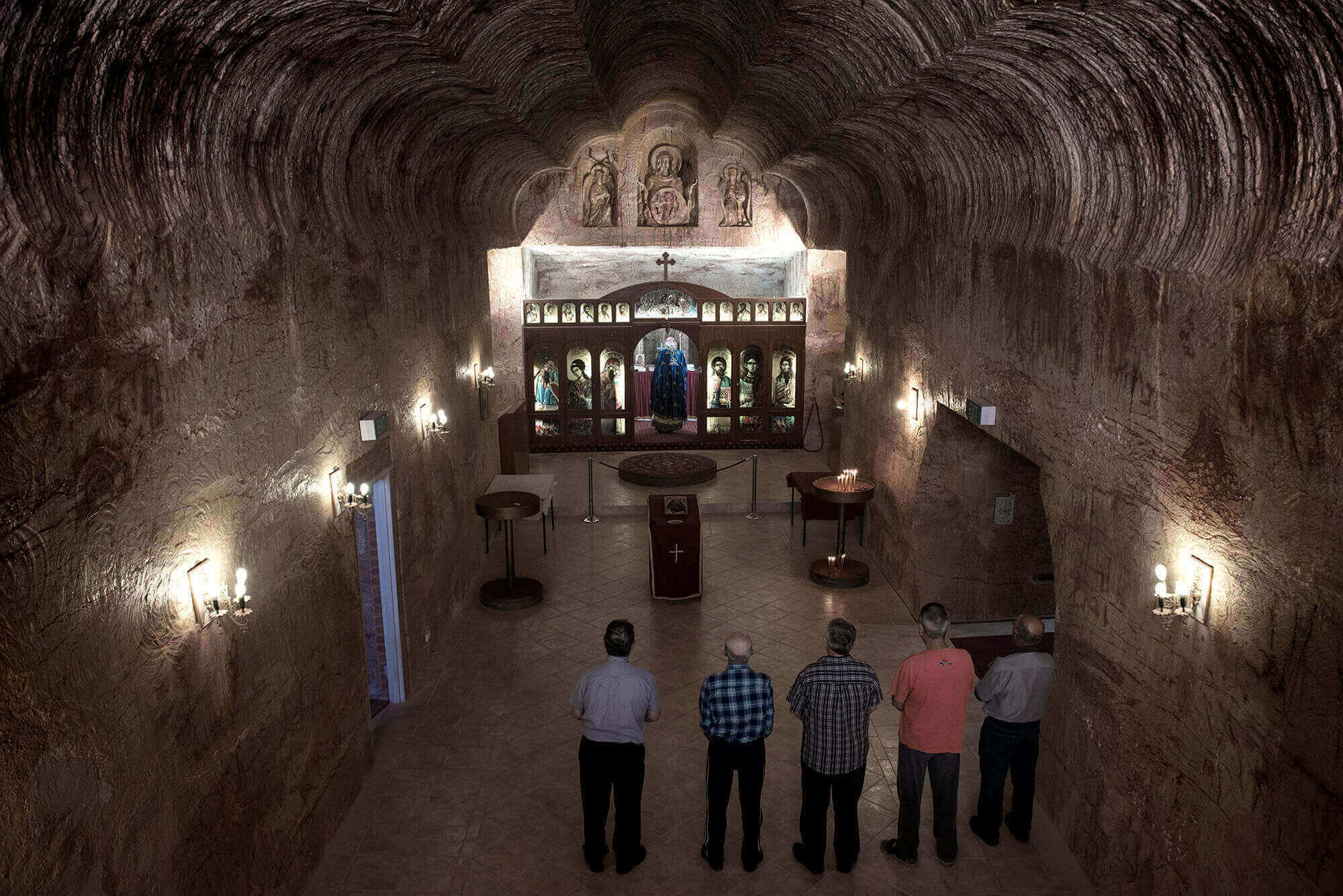 Churchgoers attend a Sunday service in an underground Orthodox church. The space was built by the town’s Serbian community in 1993. 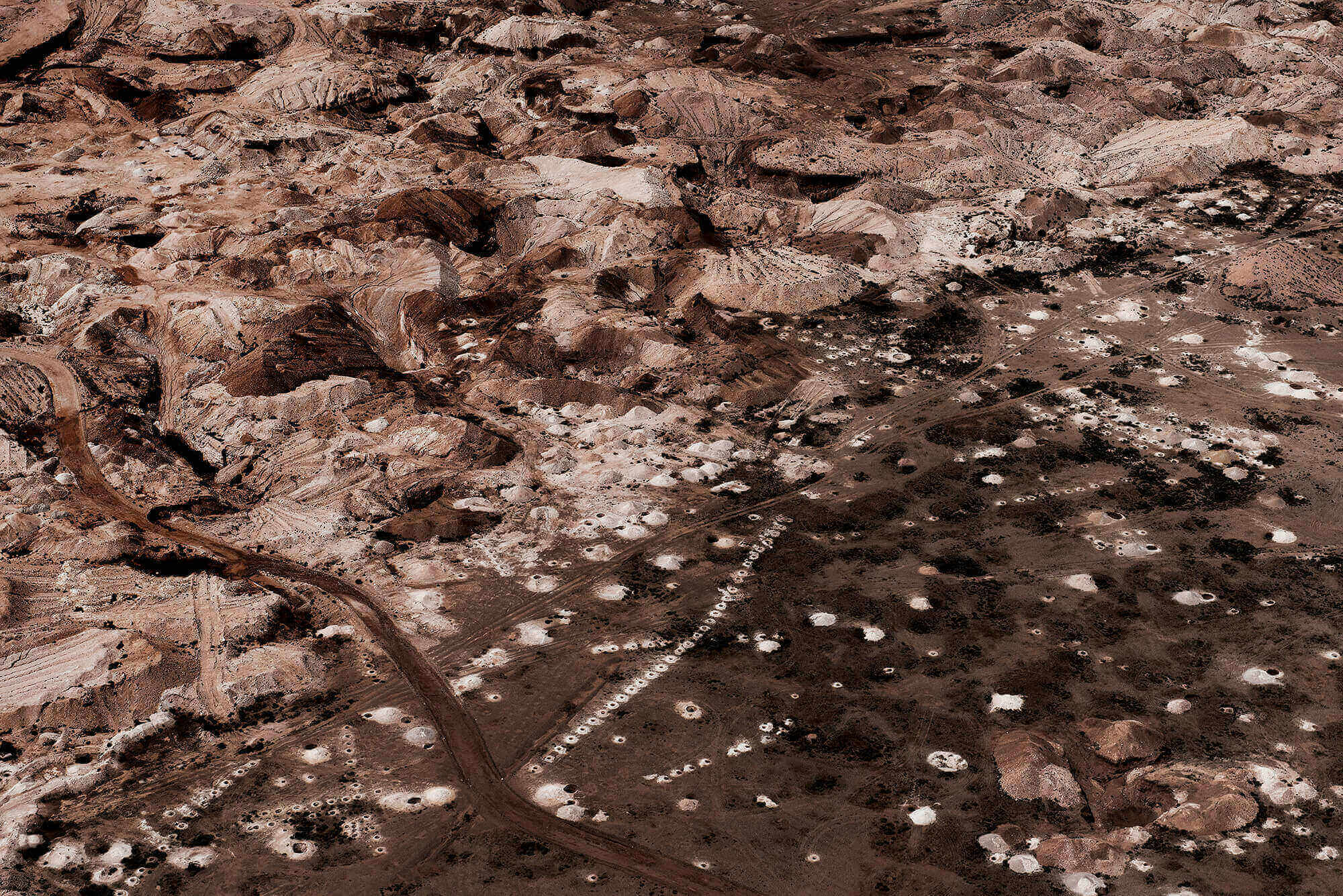 An aerial view of the mining fields. In terms of size, Coober Pedy is the largest opal mining area in the world. 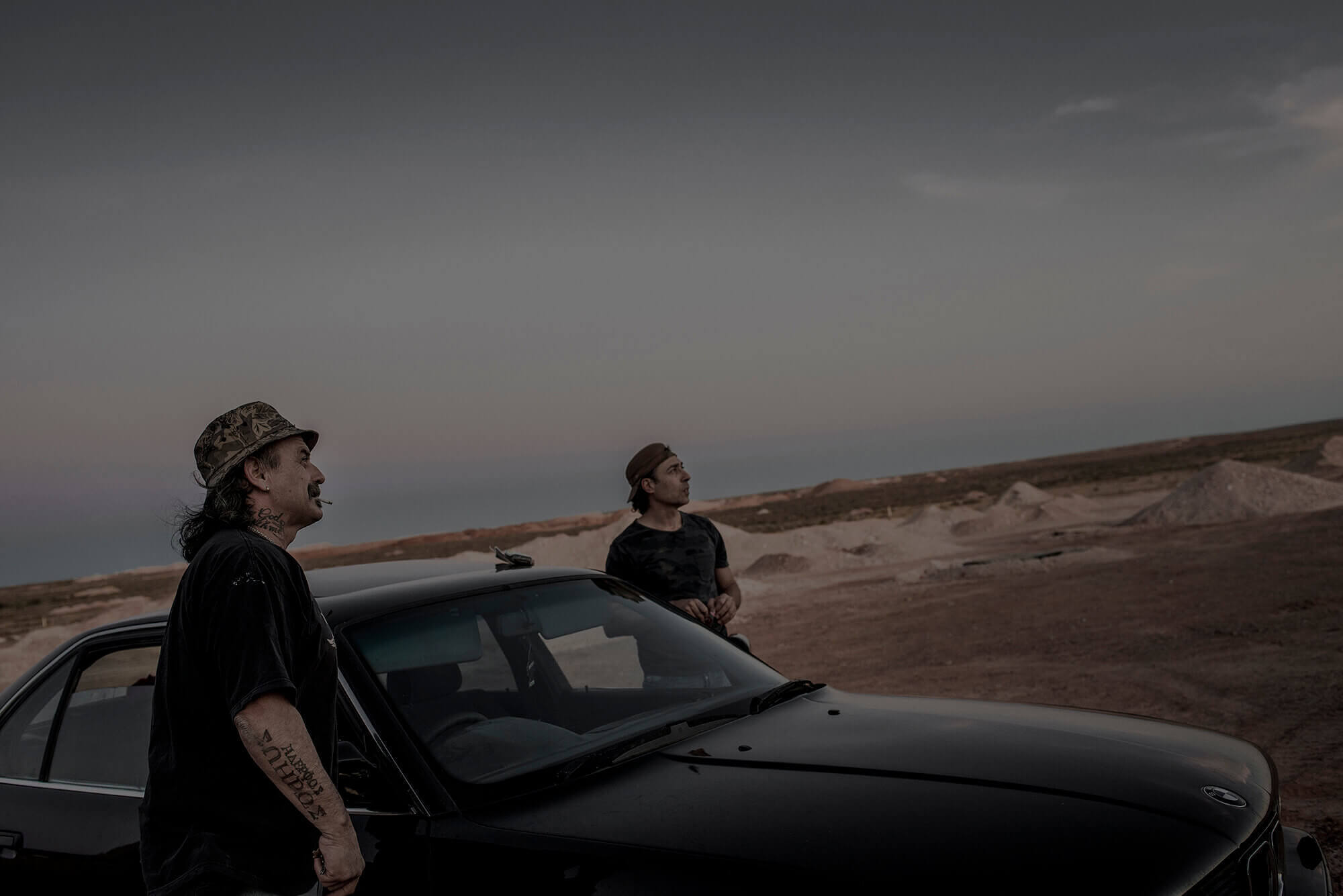 Greek miners Costa and Peter are prospecting in an opal field. Extremely high daytime temperatures force them to work at dusk. 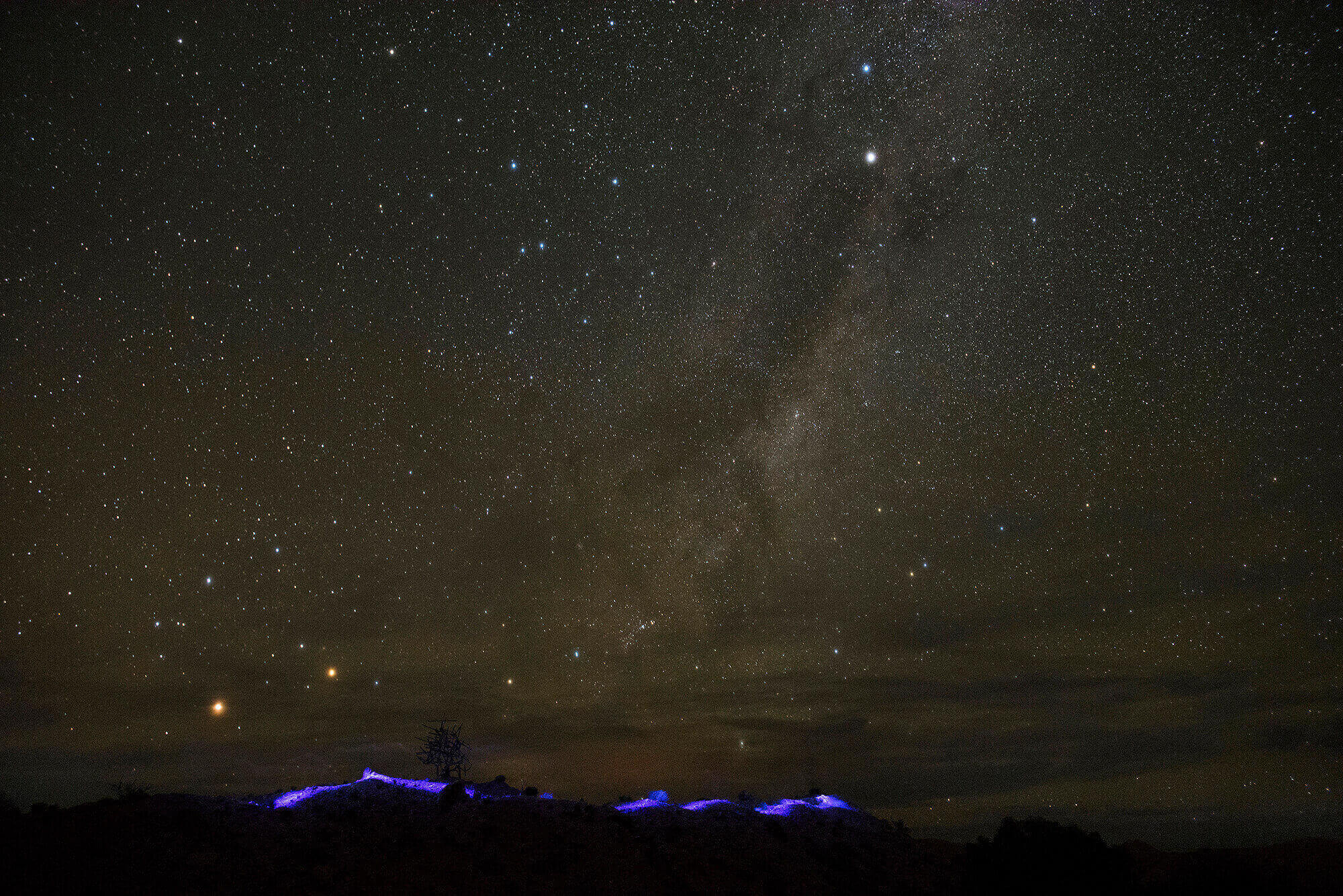 A sky full of stars is illuminated by a purple UV flashlight, searching for opal. 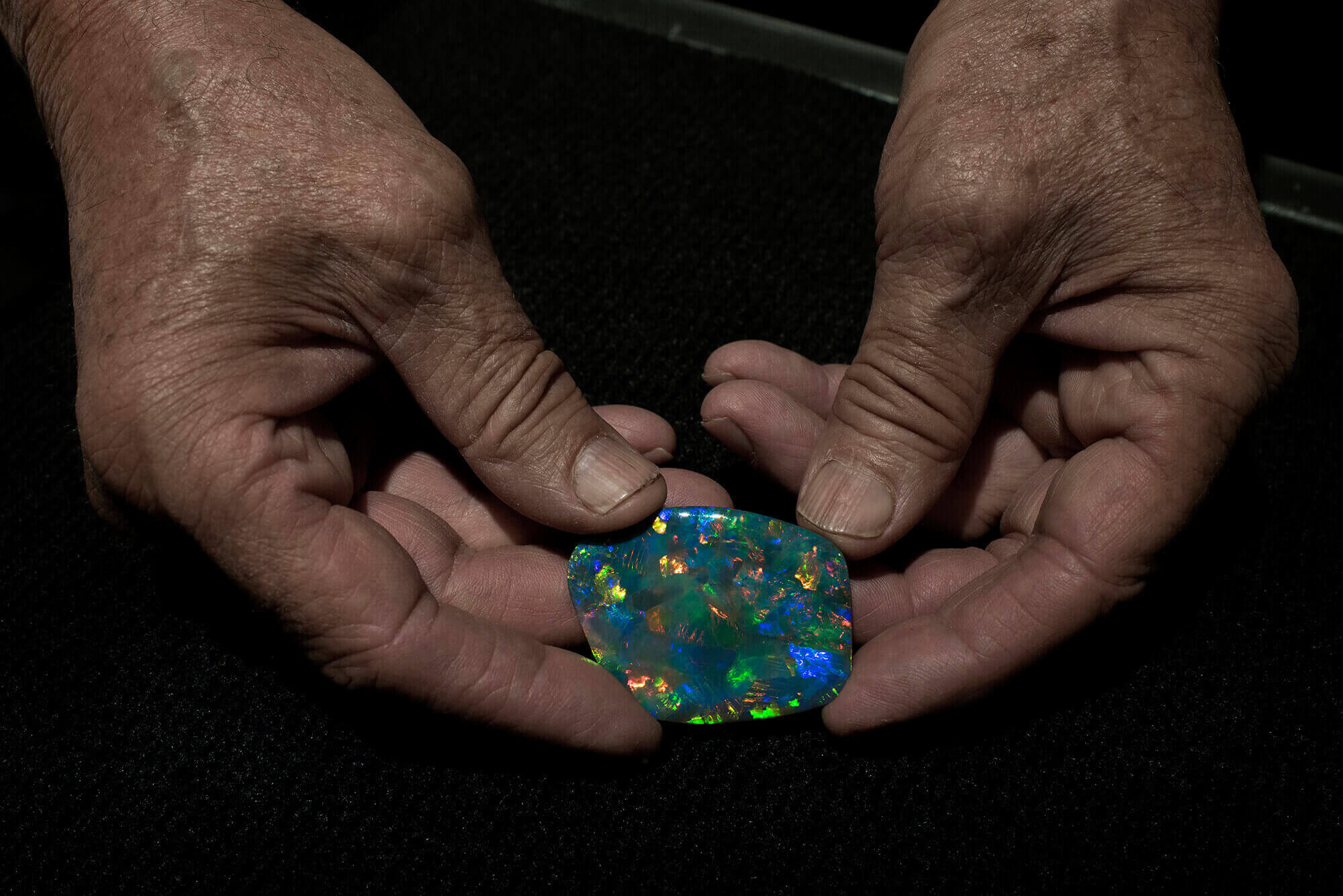 Opal is one of the most valuable gemstones in the world. Some specimens can fetch prices between $1 and $10 million dollars, depending on their type, color, and weight. 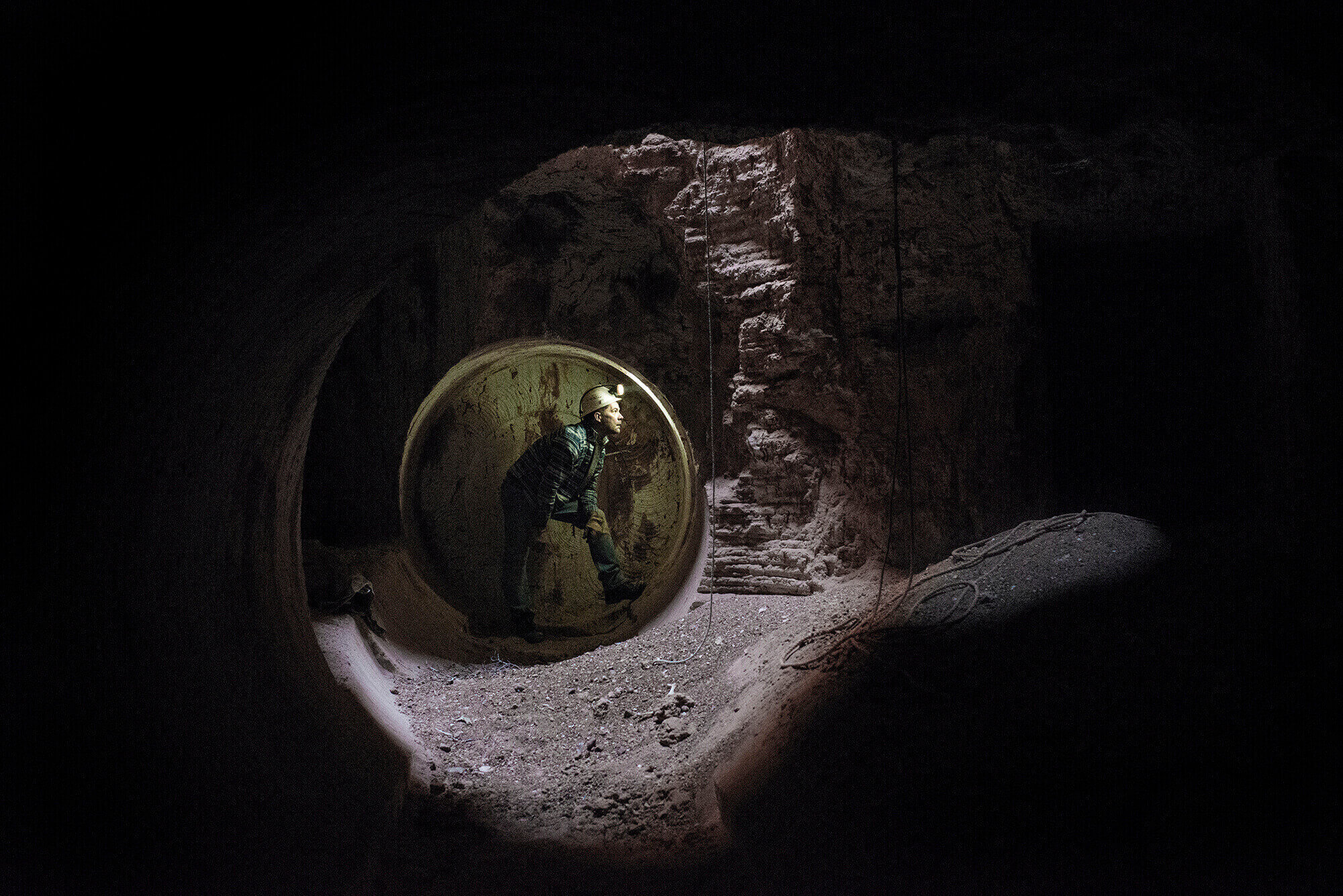 Goran Dakovic, a miner from the former Yugoslavia, searches for traces of opal in the walls. He has found a good amount of opal while working on this mine by himself, for over three years. 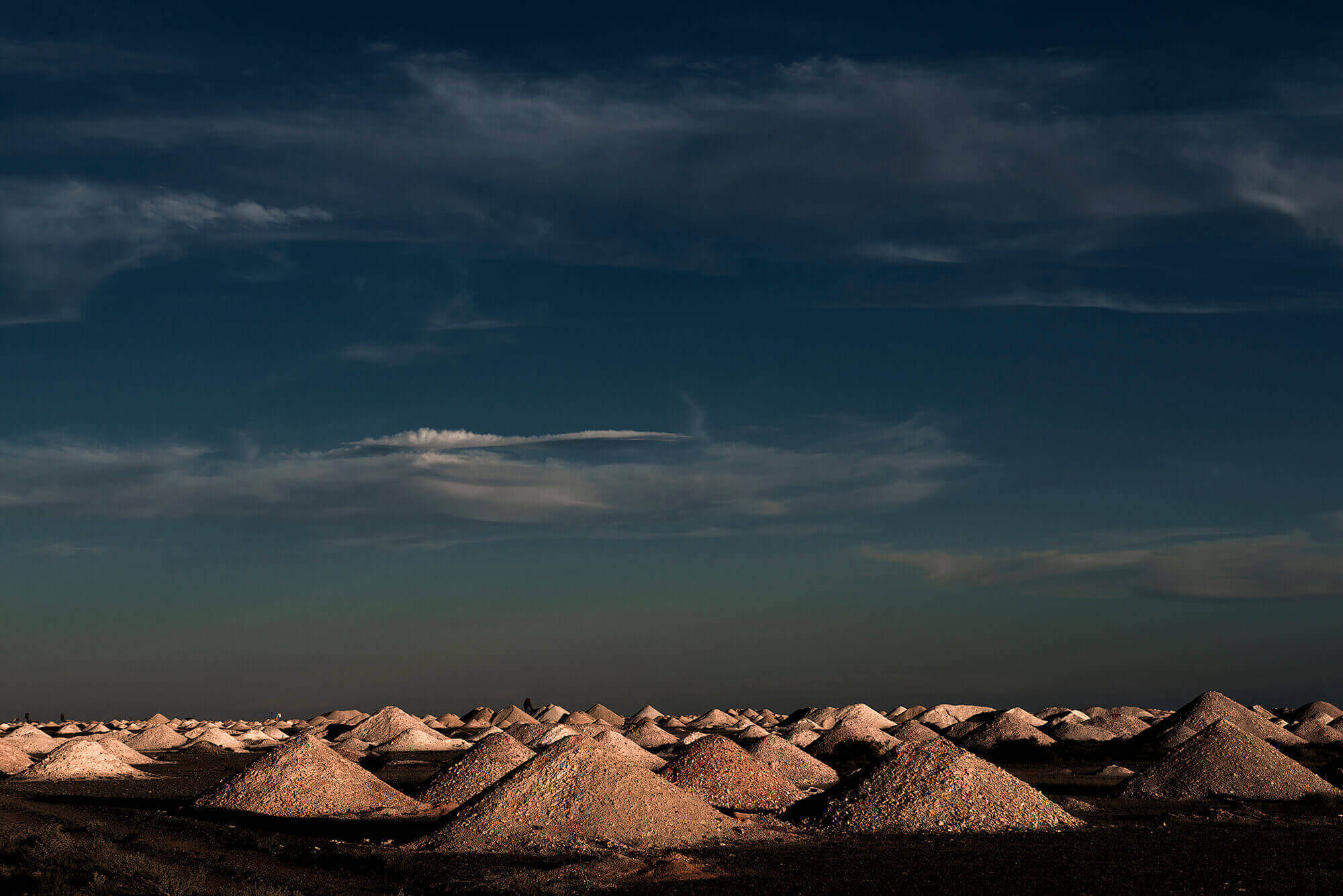 Drilling machines are used to mine oil, creating mounds of dirt on the surface. Over two million shafts have been excavated in the pursuit and discovery of opal deposits.